Beginning July 31st, Wicked on Broadway will welcome SIX new principles. Jackie Burns returns to the Gershwin as Elphaba, while Amanda Jane Cooper makes her Broadway debut in the role of Glinda! 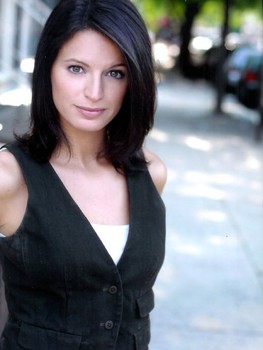 Jackie Burns (Elphaba)returns to the role of Elphaba after four and a half years.  She was last seen in the National Tour of If/Then, where she played Elizabeth.  Other Broadway/Off-Broadway credits include If/Then (standby for Elizabeth), Hair (Black Boys trio, u/s Sheila/Jeannie) and Rock of Ages.  She was last seen as Elphaba on Broadway from 2011-2013 after completing ten months as Elphaba with the First National Tour in 2010-2011.  Burns is one of only four actresses to have performed the role of Elphaba on Broadway for over a year. Follow Jackie on Twitter and Instagram!

Amanda Jane Cooper (Glinda) joins the Broadway company of Wicked directly from a year and a half in the role on the Second National Tour.  You may have seen Amanda on your TV on Selfie, Masters of Sex, Hello Ladies, Jessie, Glee, Bones, and CSI: Crime Scene Investigation.  Cooper originally joined the Wicked family in 2011, when she played Glinda (opposite Burns!) on the First National Tour.  Wicked is Cooper's Broadway debut.  Follow Amanda on Twitter and Instagram!

Ashley Parker Angel (Fiyero) also joins the Broadway company of Wicked from the Second National Tour, having appeared previously on Broadway as Link Larkin in Hairspray.  Angel rose to fame with the boyband O-Town.  Follow Ashley on Twitter and Instagram!

Jye Frasca (Boq) makes his Broadway debut in Wicked, having previously appeared in the Original West End company in the ensemble, as an understudy for Boq.  Other West End credits include Cats (Mr. Mistoffoles, West Side Story (A-Rab), Mamma Mia! (Pepper!), We Will Rock You (Cliff), Anything Goes (Sailor), Mary Poppins (Ensemble) and Jersey Boys (Joey).  Follow Jye on Twitter and Instagram!

Rondi Reed (Madame Morrible) won a Tony Award for her performance as Mattie Fae in August: Osage County.  She returns to the role of Madame Morrible after playing her on Broadway and originating the role in the Chicago company.  Among many credits, Reed is perhaps best currently known for the role of Peggy on Mike & Molly.

Kristen Martin (Nessarose) joins the Broadway company of Wicked directly from the National Tour, where she has played Nessarose for the last 9 months (and didn't miss a performance!).  She has appeared on Broadway in the original cast of Spiderman: Turn Off The Dark.  Follow Kristen on Twitter and Instagram!

Burns, Cooper, Angel, Frasca, Martin and Reed join a cast that currently features Chad Jennings as Dr. Dillamond and P.J. Benjamin as The Wizard.  Mariand Torres and Libby Servais currently serve as the Elphaba and Glinda standbys respectively.
Posted by Kyle at 10:09 AM


The larger concern again is not the sheer availability of Breitling, but rather the unknowing consumer accidentally buying one Breitling watches,eBay in the past was littered with, but that is no longer the case. There are probably Replica Valentino Handbagsmasquerading as the real thing in eBay's auction listings from time to time, but they are less common than they used to be. Above I mentioned that in virtually all instances you won't find Valentino handbags sold via legitimate bags retailers.