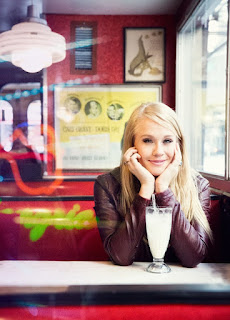 Wicked on Broadway will be getting some fresh faces just in time for Valentine's Day!  Beginning 2/2, Carrie St. Louis will assume the role of Glinda and Peter Scolari will step into the role of the Wizard at the Gershwin Theatre, with Kathy Fitzgerald temporarily returning to the role of Madame Morrible from 2/2 until Tony Award winner Judy Kaye joins the company on 2/16.

Joining them will be Dawn Cantwell as Nessarose, Michael Genet as Dr. Dillamond, and Zachary Piser as Boq.  They replace Arielle Jacobs, Timothy Britten Parker and Robin De Jesus respectively.

St. Louis most recently starred in the National Touring company of Wicked as Glinda, after making her Broadway debut as Sherrie in Rock of Ages.  Judy Kaye is a two-time Tony Award winner for Phantom and Nice Work If You Can Get It.  Scolari was last seen on Broadway in Bronx Bombers.

Congratulations to all of these wonderful performers, and if you love the current principles, get down to the Gershwin before 1/31 before all but two of them leave!